HMRC seized assets from 1,953 businesses in 2016/17 as they use increasingly aggressive methods to obtain tax – up 23% in the past year from 1,592, says Funding Options, the online business finance supermarket.

HMRC can use their ‘taking control of goods’ power to raid premises without warning, in order to seize assets and settle overdue tax bills. 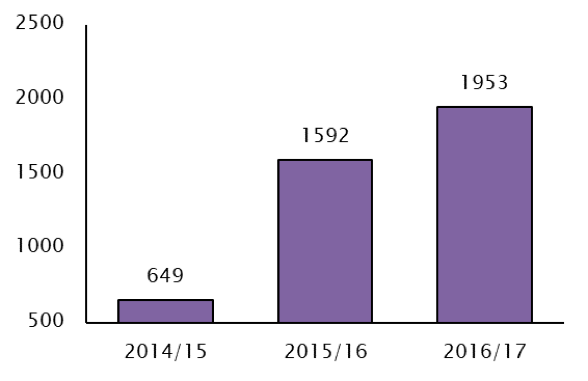 The seizure of a business’s assets by HMRC that are crucial to its running, such as IT systems or machinery, can put firms seriously at risk of closure.

Funding Options adds that assets seized by HMRC are often sold at fire sale prices. Just £41.6m was raised in the last year through asset auctions, a relatively low value considering the disruption caused to businesses whose assets were seized.

Funding Options explains that the continuing rise in cases suggests HMRC is increasingly cracking down on small businesses failing to pay tax on time. Seizing assets is often seen as a last resort, as HMRC comes under more pressure from the Exchequer to increase tax take.

“In a worst-case scenario, having their assets seized by HMRC could be fatal to small businesses.”

“HMRC is displaying that it is increasingly cracking down on small businesses with overdue tax bills, and won’t hesitate to use all the powers at its disposal.”

“SMEs can suffer badly from a loss of assets. For example, a printing press would be critical for the success of a small publisher – if this is lost to HMRC, their business is very likely to be damaged.”

“Small businesses must ensure they have sufficient liquidity to pay their tax bills on time, without taking capital away from other parts of the business. However, in some cases traditional lending may be difficult for small businesses to secure.”

“For SMEs to cope with the pressure of tax deadlines, alternative funding options may be the best option to keep up strong cashflow and help these businesses remain stable.”