The turnover of the UK’s computer game industry has risen by 8% in just the last year to £504 million*, up from £468 million the previous year, says Funding Options, the online business finance supermarket.

This represents a 28% rise compared to two years ago, when turnover was £395 million (see graph).

The turnover of the UK’s computer game industry increased 8% last year, and has grown 28% in two years 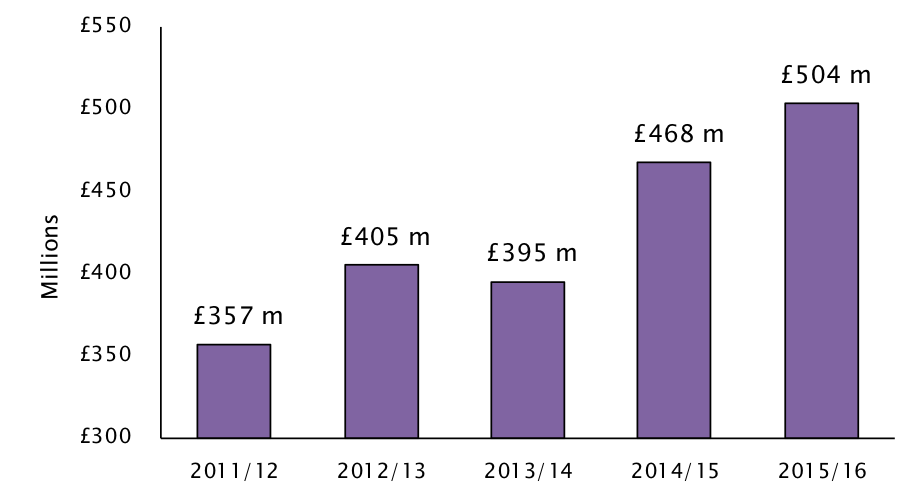 Funding Options says that the industry’s recent growth has partly been driven by the boom in online multiplayer games.

Funding Options says that the rise in turnover is a welcome return to growth for the industry, which experienced limited growth in the years before.

The industry experienced issues during the period of slow growth, including a ‘battle for talent’, as UK companies competed to attract and retain staff amid stiff competition from rivals in North America and Scandinavia.

However, the Government introduced a UK video games tax relief in April 2014 to encourage investment in the industry, which helped to incentivise talented developers to stay in the UK.

Games developers can claim a 25% tax break on the production of games provided the game meets certain criteria, including whether the game is set in the UK and whether production is in the UK.

Funding Options adds that King Digital, maker of the popular game Candy Crush, was bought by Activision Blizzard for $5.9 billion in 2016. High-value buyouts like King have encouraged game developers to launch their own start-ups, attracted partly by the prospect of selling to larger competitors or private equity firms.

The UK has been a target for acquisitions of games companies. For example, Eidos, makers of games Championship Manager and the Tomb Raider series, was taken over by Square Enix in 2009 for £84m.

“It is great to see UK computer game developers firing on all cylinders again.”

“The UK’s gaming industry has a well-deserved international reputation for innovation and excellence and it is well-placed to build on an impressive couple of years.”

“The Government has helped by bringing in tax reliefs for the industry, but smaller companies still require initial funding to get off the ground.”

“While the bigger players can finance their own growth, smaller businesses often need a helping hand to fund investment and expansion and become the next King. There are a lot of different options out there so it’s important that they find the right solution for their needs.”

“Banks have traditionally been too cautious over lending to software companies.”